TLS will also be coming to Steam, but it will take extra work and draw time away from creating more. I want to release it at a time when it won't slow progress down too much, like a lull between updates. So it won't arrive on Steam just yet, as I'm focused on TLS 0.39.0.

This update is another one that will be more complex than usual, and it's taking longer than average. To tide people over, my most recent Patreon post includes a preview of all seven High Priestesses and some other characters who will play a role.

But I wanted to check in with blog readers as well to update you guys on the situation. My intent is for this to be one of the longest and most complex sequences of the game. I worry about getting the level of complexity right, so I may release it in two updates instead of one to get feedback from everyone. More info as I decide which way will produce the best update and result in the least time lost overall.
Posted by Sierra Lee at 2:27 PM 16 comments:

TLS 0.38.0
- New section of the plot with a bunch of followup to last update's reveal.
- New round of investing and research available.
- Several new mini-dungeons and another option unlocked.
- One new scene.
TLS 0.38.1-2
- Minor polishing and bugfixing.

There weren't too many bugs found in this one, so all that's new in the public release are some minor fixes, improved dialogue, etc. I'm putting it out early in honor of the new Crimson Gray release, which should be coming out later today:
https://store.steampowered.com/app/894460/Crimson_Gray_Dusk_and_Dawn/ 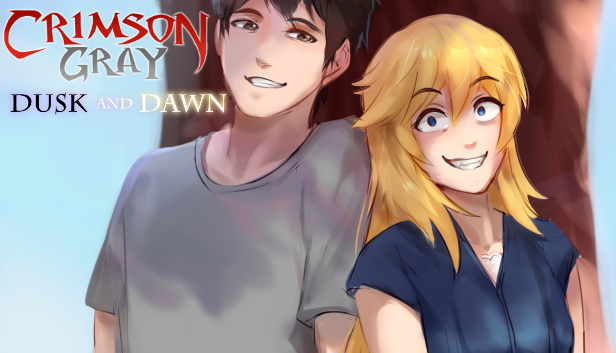 I'm glad this project is finally released! At minimum, it provides a nice coda for Lizzie and John's story together, plus it let me write from Lizzie's POV, which I enjoyed. ^-^ I hope you will at least consider taking a look at the game!

Those who have played the TLS update will know what the next update is about. It will be large and complex, so I'm not sure how long it will take to finish. But with Crimson Gray 1.5 releasing soon and some other things winding down, I should have more time to devote to it. See you next time!
Posted by Sierra Lee at 12:08 PM 56 comments:

I've cleared the final hurdles, so I hope for the next Crimson Gray to be released this weekend! Please do check out the page if you're interested:
https://store.steampowered.com/app/894460/Crimson_Gray_Dusk_and_Dawn/ 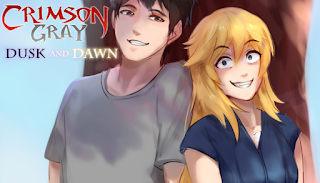 I'm really crossing my fingers on this one, so wish me luck. >.< But at worst, I hope it will be an enjoyable little experience that leaves Lizzie and John with a longer conclusion than the original story.

To be clear, this weekend will be a double release: the public version of TLS 0.38.x is coming out at the same time! Two at once isn't ideal, but I didn't want to delay the finished VN or make you guys wait on the TLS update. This one was pretty stable, so 0.38.2 should be in well-polished condition.
Posted by Sierra Lee at 11:23 AM 8 comments: