I'm happy to announce the side game I created while I was on my break! Patrons got a full report of some of the other work I did, and you'll be getting a schedule of releases in a few days, but for now I wanted to spotlight one of the things I've finished as proof that I haven't just been goofing off. =P

Ouroboros presents a bright, cheerful world in which something is horrifyingly wrong. The hero has a princess to save and a quest set before him, but there are unsettling signs that all this has happened before. As you play the game, you'll come to realize that the dungeons and monsters are meaningless distractions from the task of uncovering the truth. 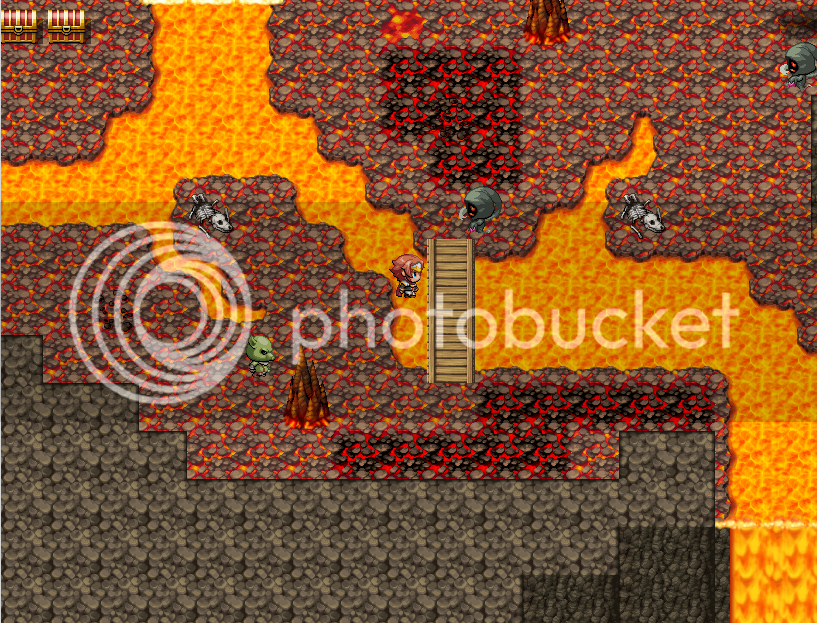 Ouroboros is an action-adventure with RPG elements. As you can see in the above screenshot, you have the ability to jump, for example. You may also note that this one was made in MV; while I will keep my current projects in VX Ace, I did want to play around with the new version. Though it doesn't have a rich set of resources yet, it does have some fun possibilities: 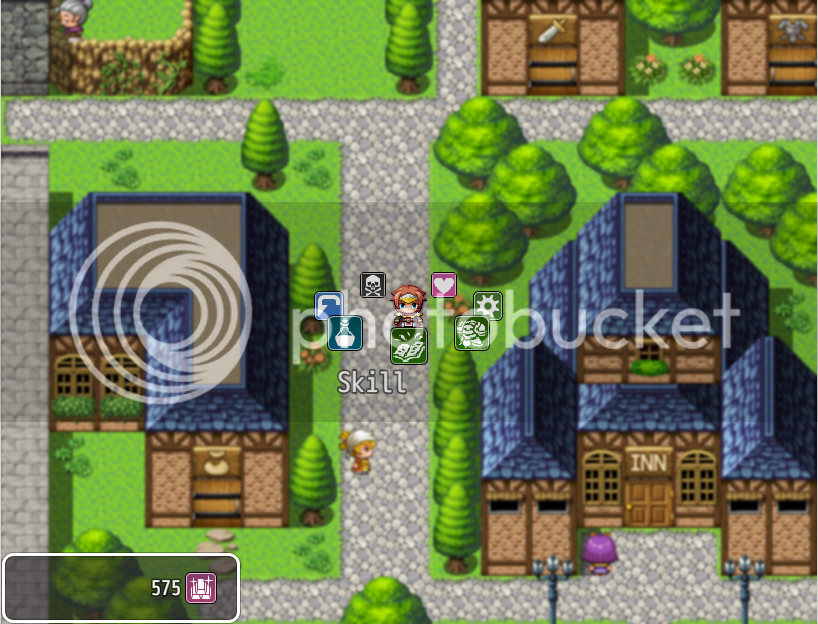 I've included a variety of features in an effort to make the game feel different from the usual RPG. As much as I love the genre, I get a lot of it between The Last Sovereign and Noxian Nights. This side project was an effort to make a different flavor, and hopefully you guys will find it refreshing as well. 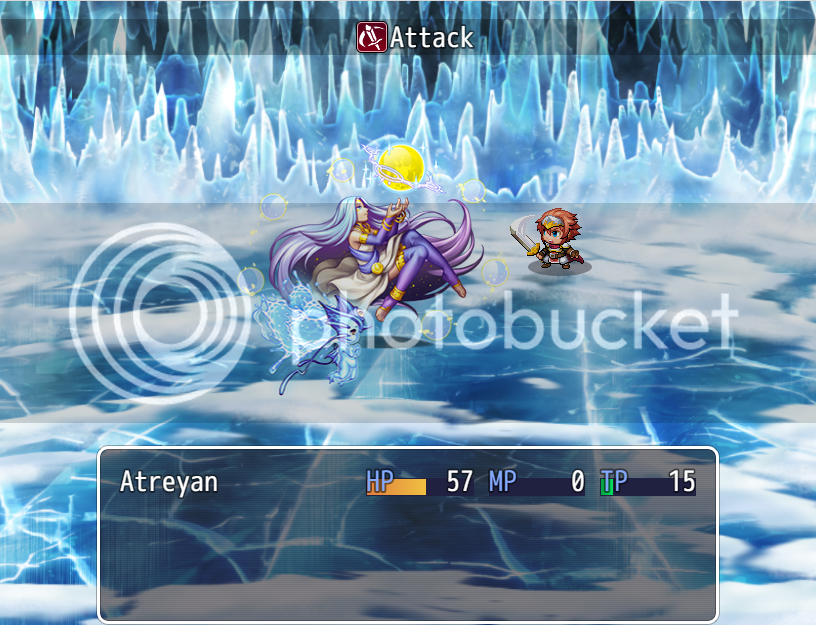 The combat system is grind-free: there aren't any levels at all, your strength comes primarily from your equipment and tactical choices. Though you can't see it in that screenshot, you have the ability to change your equipment at any time in combat. You can see MV's new side battle mode, which is a nice change of scenery. 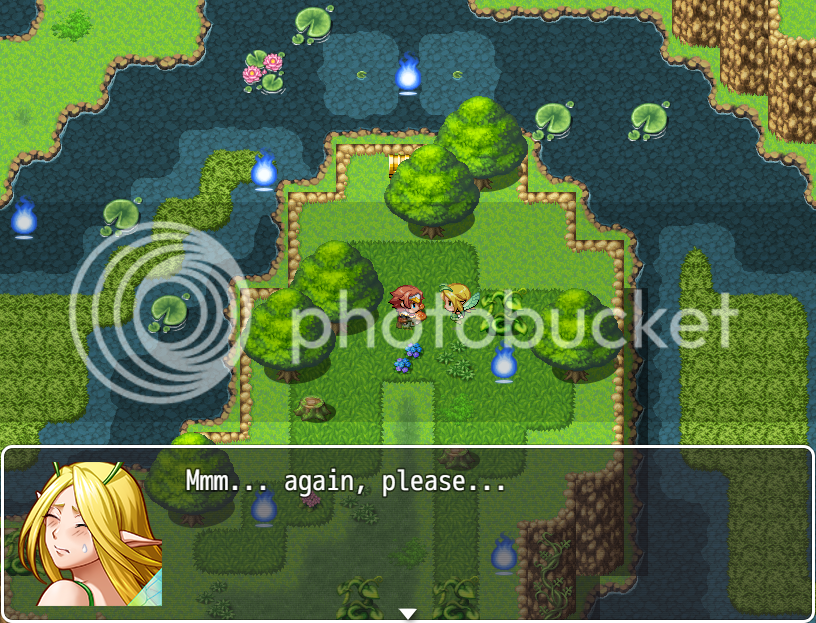 Of course, the game has plenty of adult content as well. ^-^ Throughout the game you'll find six different sex scenes, and I may expand that number later.

I'll give a full schedule at the official end of the break month, but this game will be released the usual way: patrons will get to play it first, then I'll release it publicly. But while I'm doing that, I'll be diving back into TLS - while I was glad to take a break, I really found myself missing it. See you soon with more updates!
Posted by Sierra Lee at 4:45 PM 30 comments:

Hey all, one more patch on this version. Almost entirely more polishing, plus some musical fixes for things that were above my pay grade (thanks, Lamsey!). So no need to replay if you've already finished, but if you're starting fresh, definitely use the new links in the previous post (discussion of this update can stay there too).

Now, with that released, it's time for some news. As I've hinted over the past while, I am running low on energy. I have a plan for dealing with it, and now is the time to announce it publicly.

What I want is not a total break, but a change of pace. I've been working on the same set of projects for months now, after all, and I think my brain needs some variety.

So I plan to take the next month to work on a mix of different projects. A short story set in the world of TLS is very likely, for example, and I might try to make a short, self-contained game. At the end of that time, I will give backers everything I create.

Then after that I will dive right back into TLS with renewed energy. I wanted to get this update out and fully polished first, both to finish the chapter and as a show of my commitment to the project.

Here's one bit of good news for anyone disappointed: the month doesn't start with this post. I may be getting 0.17.4 out now, but I haven't been working on it full time for the past several days. So I'm counting starting April 3rd, meaning I'll resume TLS work on May 3rd at the latest. NN development will be unaffected (it's just coincidence that the double update there is at the same time).

Also, since I don't want to have a month of radio silence, you'll get a full update from me here before the end of the month. I will report on new projects I've started/finished so you have a clear idea what's been done and what's to come. Backers will get weekly updates on Patreon as usual, of course.

I think this could be good for everyone. I get to change my routine up and you guys get some completed pieces of content. Though I can't say how much I'll accomplish during my break, I hope to have at least a few fun things to show everyone at the end of it. ^-^
Posted by Sierra Lee at 12:17 PM 33 comments: